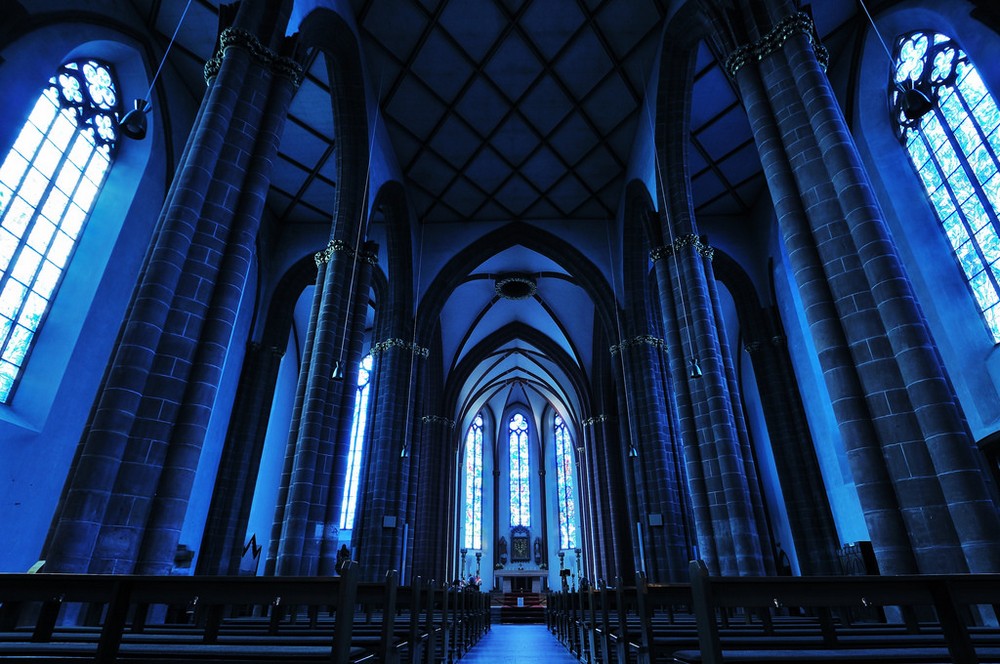 Two years ago, my wife Mako, and I visited the St. Stephen's cathedral in Mainz, as an impromptu side excursion, after leaving Frankfurt Airport in our rent-a-car. The impulsive adventure, encouraged by a half page article in a Japanese guide book, became one of the highlights of our three-week trip.

The St. Stephen's Cathedral is famous for its stained glass windows, they are the last work of the legendary Russian artist Marc Chagall, and something remarkable to experience.

Our timing was fortuitous, it was a bright summer early afternoon, and upon opening the massive wooden front doors of St. Stephens, my wife found herself basking in an incredible blue light. The charming welcome was the result of masses amounts of sunshine, filtered through hundreds of perfected glass windows. It was sensational, and we were delighted to have the church to ourselves for almost thirty minutes before the next wave of tourists arrived. 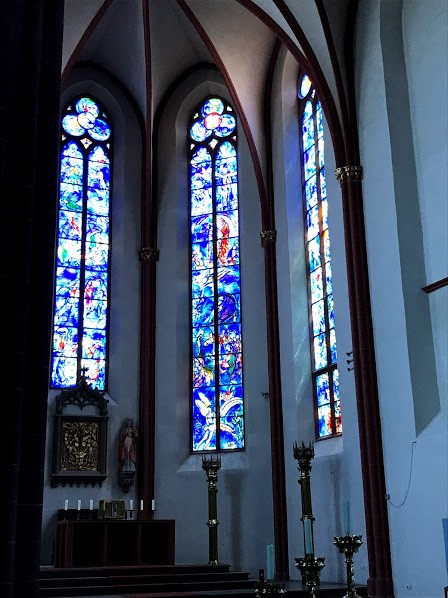 The setting was idyllic, and the time spent in Stephen's Cathedral was unforgettable, but we were equally impressed by the workings allowing the project to be fulfilled. The human interaction necessary to facilitate the project was driven by a gentleman named Monsignor Klaus Mayer and it is noteworthy.

Consider the circumstances, in 1973, Monsignor Klaus Mayer, a German Priest, contacted Marc Chagall, a Russian Jew, who'd lived most of his life in France, to persuade him to create the stained glass windows. Chagall was 86 years old, and the war and holocaust were not long forgotten. Monsignor Mayer was eager to rebuild his church and improve the lives of its parish in Mainz.

Monsignor Mayer's communication with Marc Chagall focused on the work's potential to assist Jewish and German reconciliation, and promised openness to artistic license to create stained glass church windows with biblical figures and symbols relative to both the Jewish and Christian communities. Mayer imagined the potential of the window's colors, broadcasted with sunlight directly to the human consciousness, with messages of optimism, hope, and the delight in life. 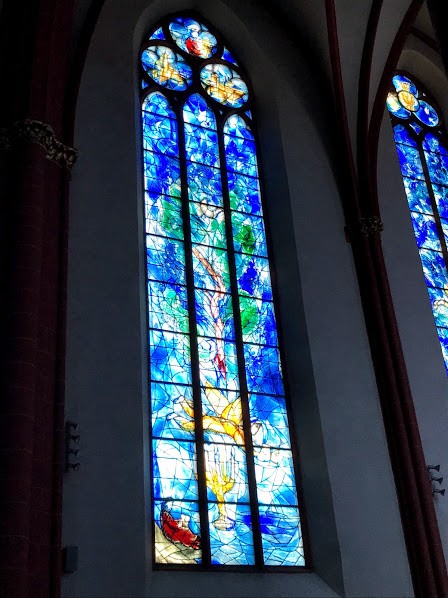 His passion and message found its place with the great artist, and the first stained glass window was fitted in St. Stephen's Cathedral in 1978. Marc Chagall completed the invaluable work, a few months before he passed away, at the age of 97, in 1985. Chagall was named an honorary citizen of Mainz, but would never have time to enjoy the city and witness the results of his finished work. The genius' stained glass art draws 200,000 people annually to Mainz, and the resulting attention has allowed the Gothic Church's complete reconstruction and restoration.

St. Stephen's Cathedral was destroyed during the second world war, but the power of a generous man's art, and the vision, passion, and energy of one member of a community in need, combined to create a message to resonate through the ages.